This is Part 2 of the in-depth interview with Roger C. Memos, director of Marsha Hunt’s Sweet Adversity, a documentary on her career and activism. 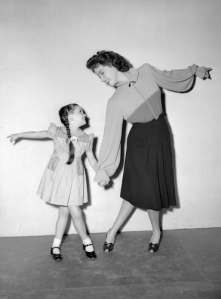 Who are some of the co-workers you interviewed? Did you also interview family, friends and fans? Did they easily open up?
We interviewed friends, fans, family and coworkers for the documentary. We were honored to have two of her MGM co-stars Margaret O’Brien and Norman Lloyd. They gushed about Marsha. I’m most proud of the humanitarians and activists we interviewed who worked side by side with Marsha over the years. We were blessed to have Valerie Harper, Harry Belafonte and George McGovern share personal stories and observations. We tried to interview people who were there first hand with her, to corroborate her stories. Producer /Writer Norman Corwin (at age 100) shares his memories of Marsha and the blacklist years.

Once again, hopefully this story will feel like history unfolding before your eyes. Norman was there on the front line with Marsha during the blacklist years. Marsha’s nephew Allan speaks so eloquently about his aunt. He’s a wonderful addition to the film. Again, we interviewed SO many people ( fans included) So many interviews didn’t make the film but will hopefully be great “DVD extras”…

Did you have any difficulties finding footage? Conflicts with copyright?
Footage was not a problem to find. Marsha is a pack rat. She has VHS and DVD copies of most of her films. She has kept production stills and publicity stills. Her archives are most impressive. The only footage I’m sorry that I couldn’t find is newsreel footage. Marsha is just NOT in any newsreel stories back in the 1930’s 40’s or 50’s that I could find. We were lucky enough to find a news interview with Marsha in 1966 where she talks about the power of “celebrity” to support causes that need assistance. This footage SHOWS her as an activist and I am grateful to the stock footage house Hollywood Newsreel for having this in their archives. It is one of the most important pieces of footage in the documentary. 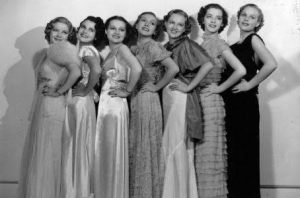 Her career spans over 7 decades? Are there challenges working with film, video and digital formats for one picture?
It was a struggle working with all the different formats but I feel audiences are more forgiving with documentaries, especially historical documentaries like this. I think it is ok for a photo or newspaper article to have that “archival look”. A lot of Marsha’s Paramount films are NOT available on DVD. We had to use a VHS copy as a master in some places but again, I think audiences are forgiving as they know that many film titles from the Golden Age are not out yet on DVD

Does Martha continue traveling for film events and her causes? What are some causes she is working on?
Marsha still gets asked to attend United Nations Association functions and luncheons. She recently gave a talk about her long history and association with the United Nations Association. She doesn’t travel as much as she‘d like to because her eyesight and hearing often give her difficulty. She still donates to causes and continues to follow their progress.

In the mid 1980’s while driving home from a United Nations Association function, Marsha, an avid songwriter with over 50 songs under her belt, came up with a melody to a song. When she got home, she played it for her husband Robert Presnell Jr and her friend MacDonald Carey who happened to be visiting. They both agreed it was a beautiful melody. For over thirty years, that melody played in her head before Marsha finally put WORDS to the melody! 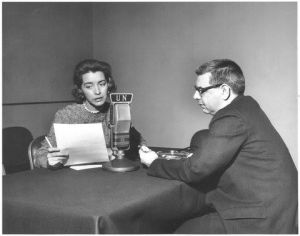 In 2012, at age 95, Marsha completed the song she called “Here’s To All Who Love”. She was frustrated by the fact that two of her gay friends couldn’t get married so she wrote a song about it. Since then, people around the world who have heard the song have written to her and requested sheet music so they could play the song at their weddings! The song has become an “anthem” for marriage equality. But Marsha is quick to point out that the song is NOT just about marriage equality. The song is also about “loving love” and “hating hate”. It is also about ACCEPTANCE of not just LGBT lifestyles, but anyone and everyone’s lifestyles. I call this song Marsha’s version of “Free To Be You And Me”!! The song is timely because the United Nations has just announced that LGBT rights are the latest hot button human rights issue in the world.

I’m happy to say that I believe the UN will interview her about her song in the near future and that hopefully this will help the song to get out to the masses. I feel so strongly about the song that I hope to give out the sheet music to her song at the end of every festival we attend. I’m also hoping that PFLAG, a wonderful LGBT organization will endorse the film and will help with the distribution of the sheet music and that people will make donations to this organization so they can continue to do their activism work. 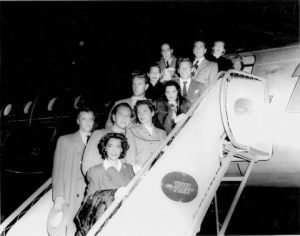 We end our film by presenting Marsha’s song performed by someone very special (that I won’t tell you). This is so important because it shows that Marsha is STILL an activist at age 97. She is NOT resting on her laurels but is out there trying to change the world- just like she was doing back when she started her activist career back in the early 1940’s as a volunteer at the Hollywood Canteen. 73 years later, she’s STILL a “planet patriot”..

She looks beautiful and fit? Does she have a healthy and active lifestyle? Any tips?
Marsha keeps her mind active and I think that helps to keep her body active. She does daily stretches and eats pretty healthy. She would tell you if you asked her this question, the secret to staying fit? NAPS!!! In her 90’s, naps have become common place for her She turns the phone off once or twice a day and snoozes for 10-15 minutes and this recharges her.

Marsha ALWAYS has a project going.. She’s either writing a new song or answering fan mail.. then she putters in the garden, goes out with a friend for lunch..And that’s another thing about Marsha that amazes me. She has lost so many of her contemporaries and close friends but she always manages to make new friends- of ALL ages. She is always interested in what people have to say and share about their lives. This is what keeps Marsha young at heart… 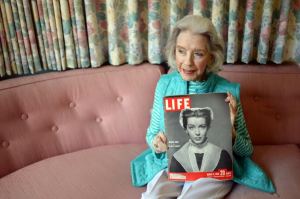