Bunnybun’s Classic Movie Blog is proud to participate in the 31 Days of Oscar Blogathon hosted by Paula’s Cinema Club, Outspoken and Freckled and Once Upon A Screen

I once told a gentleman that one of my fantasies is to produce a biopic on 3rd generation American actress Anna May Wong, or cinematographer James Wong Howe, both whom I consider important American figures of Asian heritage. An Asian-American upon introduction is usually assumed a “new” immigrant, the perpetual foreigner although their history goes back to the 1760s with the Filipino Manila Men and the first wave of Chinese in the 1820s. Biopics on Anna May Wong and James Wong Howe would show that an American of Asian heritage is not necessarily a new immigrant. While fewer in number in the early half of the 20th century, they still made significant contributions in early film, a career choice seldom associated with Asian-Americans.

The man replied, “It won’t work. Asians don’t sell. Maybe Anna May Wong could because she’s sexy. James Wong Howe doesn’t have sex. He’s not interesting. You need sex.” I suppose the The Theory of Everything and The Iron Lady were made for the sex icons, Stephen Hawking and Margaret Thatcher

Like Stephen Hawking and Margaret Thatcher, Wong also married. In 1937, he and the author Sanora Babb married in Paris but the marriage was unrecognized in California due to miscegenation laws. Howe’s studio contract had a “moral’s clause” prohibiting him from acknowledging the marriage. He and Babb lived in separate apartments in the same building. They finally married in California when the law was overturned in 1948 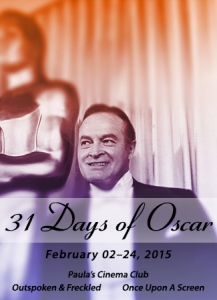 At age five, he moved from China to Washington State. His first teacher in public school quit to avoid teaching a “Chinaman” The 2nd teacher changed his name to James Wong Howe as it was easier for her. His first job in Hollywood was delivering still pictures for a photographer named Raymond Stagg. Howe quipped he carried a bag with “Stagg Photos” printed on it. Afterwards he got a job keeping film and cameras clean. One day he was asked to hold the slate for a movie Cecil D Mille was making with Gloria Swanson. Thus began a career as a camera assistant.

His career took off a couple of years later after he bought a still camera. One day he saw Mary Miles Minter whom Howe described as having beautiful blonde hair and beautiful blue eyes. He asked to take her photo. She liked the results and asked if he could make her look the same in movies. He replied he could. He was then promoted chief cameraman for Mary Miles Minter, however he found out she liked his photos because they made her blue eyes look dark. Back then blue went white. He had no clue how he did it until he saw black velvet in the studio. The reflection on the velvet darkened blue eyes so they wouldn’t look washed out. Word spread at Hollywood parties that Mary Miles Minter had an “Oriental cameraman who hides behind black velvet and makes her blue eyes dark. “ Blue-eyed actors then wanted him as a cameraman. His leading ladies and gentlemen would later include Myrna Loy, Hedy Lamarr, Rita Hayworth, Kim Novak, Cary Grant, Burt Lancaster, Paul Newman and Rock Hudson.

Black and white photography was his preference finding it more challenging. Color he found restrictive although he was nominated for the color films, The Old Man and The Sea (1958) and Funny Lady (1975). He believed a good story was the key to a film and he as the cinematographer was subservient to it. Howe was an innovator and experimenter but liked simplicity. He didn’t want photography to get in the way of the story and acting.

I had the fortune to see Patricia Neal introduce a screening of the b&w film Hud at the Rialto Theatre in Atlanta Georgia. Honestly I only went for Neal. A film that takes place in the hot, dusty, and hard desolate Texas landscape would hardly ever interest me. I’m all about lush vegetation and bodies of water. Yet James Wong Howe made it a beautiful film. Director Martin Ritt was unsure it was a cameraman’s picture because they weren’t in a beautiful location. Howe found it challenging but liked the script and had faith the photography would feed off the good script. He wanted hard sunlight with dark shadows. The traditional thought was expose for the shadow, let highlight take care of itself but he did the reverse. He exposed for the highlight so black was blacker. He wanted a clean sky with no clouds. He used filters to wash out clouds. 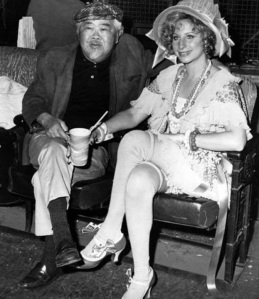 He spent his whole adult life from 17 until a year before he died making movies. His career stretched from the silents to the “New Hollywood” of the late 60s and 70s. A big screen narrative feature would be my dream but even a TV movie could be a start. With all his accomplishments and success, I find him sexy. What do you think? Would a James Wong Howe biopic on the big or small screen be interesting?