I enjoy going to Los Angeles. The first thing I do when I land by plane or auto is head to my hotel, drop off my bags and head straight to Sweet Rose Creamery. The fresh mint with homemade chocolate chips is to die for. Aside from homemade, it’s the best ice-cream I’ve ever had. I’m an ice-creamaholic so for a week prior to my last Los Angeles trip I abstained from my third favorite ice-cream brand, Three Twins, to make room in my tummy for Sweet Rose. If curious my second favorite is Beachy Cream but where I reside there is no Sweet Rose or Beachy Cream. Beachy Cream also fits my classic movie lifestyle because the employees dress in retro uniforms. 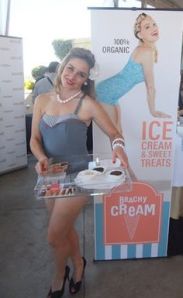 Despite the glory of Sweet Rose Creamery and Beachy Cream, I can’t just visit Los Angeles for ice-cream. If I were a billionairess I might but my socioeconomic status forces me to be pragmatic. I need a valid reason and my last reason was Hollywood Show.

I was geared up for classic celebrity guests, Gloria Jean, Rose Marie, and finally Margaret O’Brien whom I’d already seen twice. Firstly at Mid-Atlantic Nostalgia Convention 2013 and secondly at Cinecon 2014. While not a classic actress, I was also excited to meet Sheila E, a drummer, singer and beauty whom I admire.

At the check-in table I was disappointed to learn Rose Marie had cancelled feeling under the weather. She is in her early 90s. While most famous for The Dick Van Dyke Show and Hollywood Squares, she began her career as “Baby Rose Marie” back in the late 1920s. What a fantastic link to an era that is long gone.  She will try to be at the next Hollywood Show in January which I hope to attend. So far June Lockhart is a scheduled guest so I have an incentive to return. 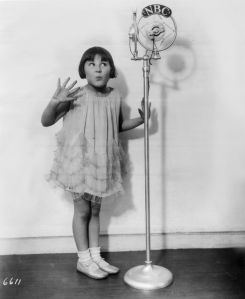 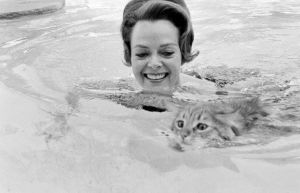