So a little over a year later, I continue blogging about my Irish adventures in Cork back in 2010. What can I say? I’ve been working on grants, working on a SAG project, and went to Korea among other adventures. Anyway at that same festival I met an experimental filmmaker, Pip Chodorov, who was screening his documentary Free Radicals: A History of Experimental Film  as well as screening experimental shorts from the archives of his Paris-based distribution company, Re: Voir. 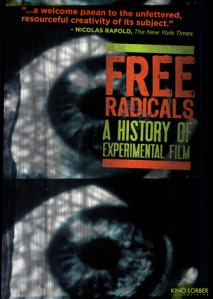 For a classic movie lover, it was quite a treat to meet Mr. Chorodov as his grandfather and uncle were Hollywood playwrights, Edward Chodorov and Jerome Chodorov, respectively. Among the films Edward Chodorov wrote or produced include The Story of Louis Pasteur,  in which Paul Muni won an Academy Award; Road House, with Ida Lupino, and Kind Lady. There are 2 film versions of  Kind Lady, the 1935 version with Mary Carlisle; the other is the 1951 version with Angela Lansbury. 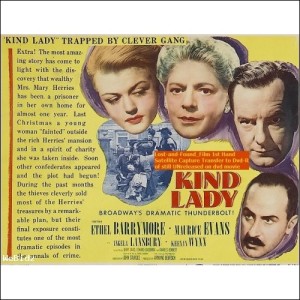 Jerome Chodorov is best know for his play, My Sister Eileen, adapted to film in 1942 and 1955.

As a pre-teen I had seen the 1955 version on television so I was a little star-struck to have met the grand-nephew of Jerome Chodorov.  Nonetheless on his own merit, Pip Chodorov’s love of experimental and avante-garde film also landed his documentary, Free Radicals: A History on Experimental Film on the Turner Classic Movie schedule line-up on November 3, 2013 followed by experimental shorts from his archives. It is also available on Netflix and for purchase on Amazon or Turner Classic Movies.